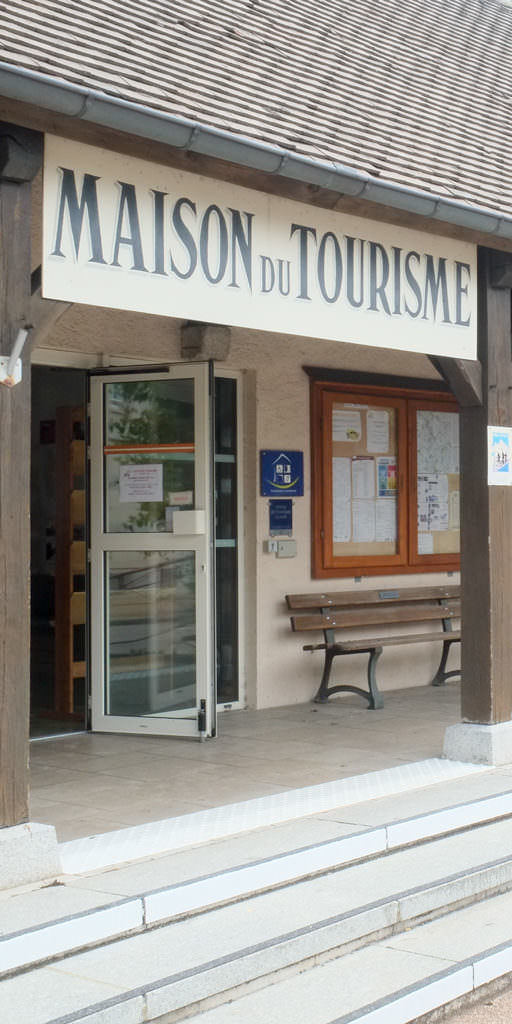 Saulieu, an entrance to the natural park of Morvan

Welcome to Saulieu, a little town proud of its heritage and traditions. You are in the “Morvan”, a land of forests known for its lakes and forests.

Two hours from Paris or Lyon, Saulieu offers a possibility for fresh ideas of places to stay, to make gastronomic and cultural discoveries,  to stroll along seeing shops or participate in sport activities.

Saulieu was already traversed by the “Via Agrippa” road during Gallo-Roman times. The story really begins in the year 177, when the martyrdom of Saint Andoche, Saint Thyrse and Saint Felix attracted pilgrims and brought a certain prosperity.

About this episode, their relics and a sarcophagus made of Carrara marble from the IInd century are visible in the Basilica Saint Andoche. This church dates from the XIIth century. Its style is from the Roman art of Cluny, illustrated by numerous column capitals. The basilica is open to visitors all year long except on Mondays. Guided tours are possible.

There are some vestiges from the Middle Ages. The Auxois tower was a part of the ramparts which encircled the village. Several statues of the Madonna, including the Virgin Mary without arms, are also present in the Basilica and nestled in the walls of the town.

Saulieu was a stopover for fairs. Stroll in Saulieu and discover several old curiosities : A wooden house, a wash-house and a fountain from the XVIIIth century.

Finally, it’s well-worth visiting the François Pompon museum. This sculptor was born in Saulieu, and worked for Rodin, among others. He produced a large number of animal sculptures with elegant curves. The museum also highlights the sedelocian and regional history with a lapidary collection of Roman and Medieval statues. There is a reconstitution of a Morvan kitchen and a special room dedicated to the gastronomy of Saulieu. The museum is open all year long except in January and February. Guided tours are possible.

Saulieu is “site remarquable du goût” which is a French distinction given by the French ministry of Culture to areas that can provide authentic French quality food.

The chief Alexandre Dumaine and Bernard Loiseau strove to raise the gastronomic reputation of Saulieu to the point of making the Côte d’Or restaurant a well-known 3-star restaurant in the Michelin guide.

The Burgundian gastronomy, the Charolais meat (beef) and the other regional specialities are featured in the 7 restaurants in the town.

The event “Les journées Groumandes” takes place every year during the Ascension weekend, and it offers to the visitors a large number of local products.

Moreover,  the “Fête du Charolais” shows the most beautiful cattle specimens during the 3rd weekend of August.

In the Morvan, the forests and lakes are the most attractive features.

You can practise sports of all kinds; hiking, mountain biking, swimming, tree-climbing, water sports, horseback riding, quad biking, paintball… You will find local people working in the tourist industry ready to advise you on your leisure activities.

In Saulieu, there is a sport complex allowing  access to numerous sports; a swimming pool, open in summer, tennis courts, basketball, judo …

The Tourist office offers 3 hiking tours  around Saulieu, and has NGI (NATIONAL GEOGRAPHIC INSTITUTE) maps and topographical guides to help you to choose from different hiking trails in the Morvan.

There are two fishing ponds near the town, one is the lake of Chamboux which is 5 km away.

There are about 100 shops in Saulieu.

In short, everything you (basically) need !

Saulieu is the 3rd town in the region for accommodation capacities :  Hotels, guest houses, holiday cottages, gites and a campsite.

You can enjoy your trip by going to Saulieu’s events all year long.

In April, a market of second-hand books.

During the weekend of the Ascension Day, the “Journées Gourmandes”.

In May, the celebration of the National 6 road with a big exhibition of vintage vehicles in the city centre.

In August, the Cajun Nights, the biggest European Cajun festival, gets you dancing to the furious rhythm of the Zydéco and Cajun music for 4 days of concerts, Cajun gastronomy and movies.

At the end of August, the “Fête du Charolais” celebrates this race of oxen bred in the region.

The 3rd weekend of September is the “journées européennes du patrimoine” with the discovery of our heritage, but also a collector’s fair on Sunday.

On the Toussaint weekend (first weekend of November), the “salon du livre” with 100 authors and animations takes place in the Espace Jean Bertin.

Finally, in December, the “Fêtes des Sapins” offer a weekend based on the Morvandelle traditions and fir trees. Saulieu is the French capital of the Christmas tree!

Guided tour of the François Pompon Museum : contact the museum at 03 80 64 19 51 or museefrancoispompon@wanadoo.fr to reserve.

Guided tour of the city : you can contact Mr. Jean Lhuillier, country guide at 06 07 47 39 39 or jeanlhuillier@orange.fr to ask him for a tour.
Bike wash point, located at the stadium. You first need to take a token at the Tourist office.