Saulieu is a town situated in the heart of the Burgundy region, door to and capital city of the Morvan Regional Natural Park. Saulieu is 2 hours from Paris or Lyon. 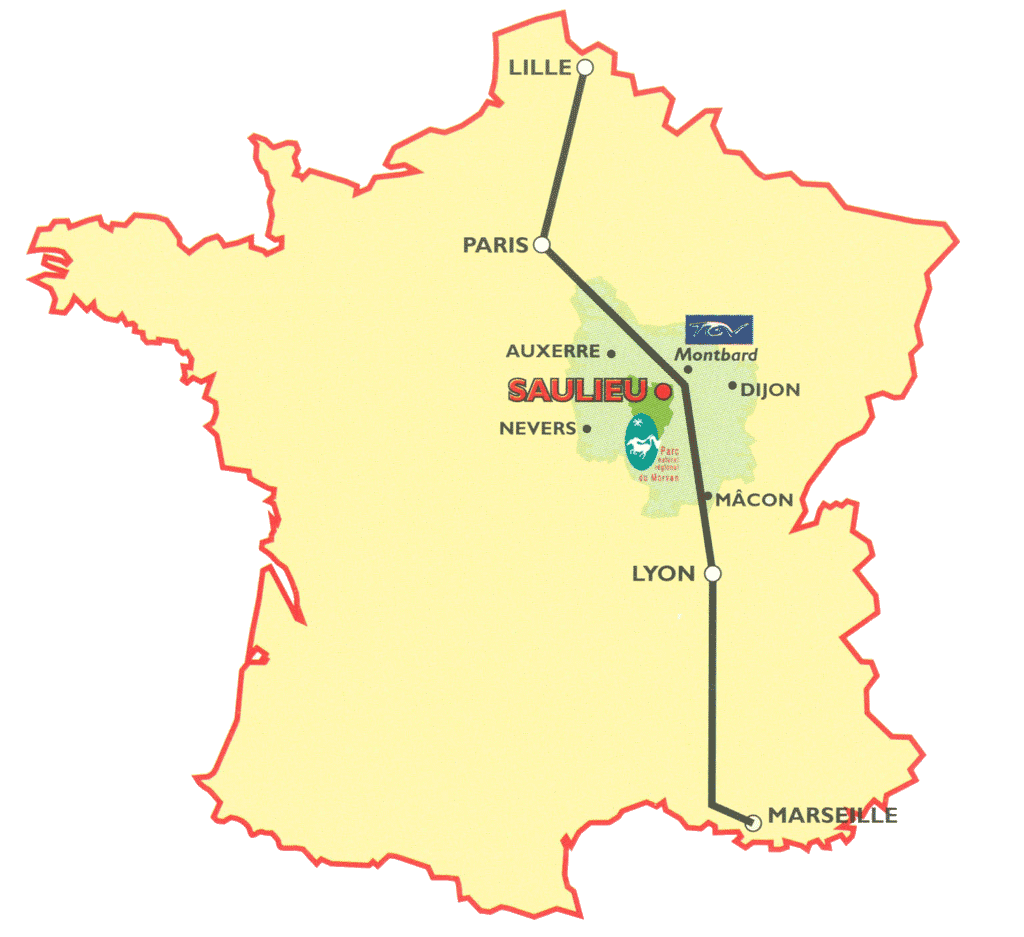 By road, from the A6 motorway :

Saulieu, heart of Burgundy, door of the Natural Regional Park of Morvan

Made of intact and wild nature, with original monuments of Roman art, typical regional food, in a privileged geographical situation and with a certain way of life.

The special site of Saint Andoche Basilica is a jewel of the Roman Middle Ages. This church dating from the XIIth century is noted for its numerous column capitals with illustrations from the Old and New Testaments, of flora and also of imaginary and familiar animals. Moreover, you will discover a sarcophagus made of Carrara marble from the IInd Century and stalls from the XIVth Century as well as a restored organ.

You can visit François Pompon museum, native of Saulieu, an animal sculptor who was Rodin’s student.

Take your time to discover the city through the City Walk bear’s steps (arrows on the floor), peaceful streets, old houses, hidden Madonna’s statues… Admire the elegant bell tower of Saint Saturnin church, and the Jean Macé walk with its centenarian lime trees.

Its reputation as a gastronomic city comes down from the Age of Enlightenment. Since then, two great chiefs have highlighted the name of Saulieu : Alexandre Dumaine who was in charge of La Côte d’Or restaurant for thirty-two years and Bernard Loiseau whose cuisine was known outside of French borders as well. Our specialities : Morvan ham, eggs in red wine sauce, and the indispensable charolais meat.